When travelling in a tasty country, it’s a sad event to waste stomach space on something subpar. It’s one thing to avoid the pizza stalls (thank you Ko Phi Phi), but how to tell a mediocre establishment from one that’ll make you happy you flew all that way over?
At least, in Thailand, the misses are only disappointing, and not costly.  I wish we’d had time to head to a night market, but with limited flight and ferry times, evenings often went to transit. Not wanting to be a slave to the guidebook, it’s nice to just sniff about and find things. Sometimes, though, “It’s late, they’re open, hungryyy” ends up being the deciding criteria. 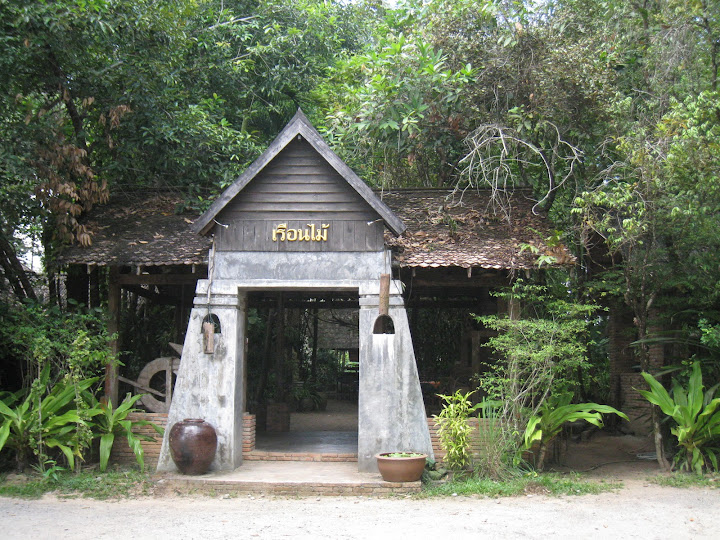 My Ruen in Krabi was not one of those places. It came highly recommended by my Thai cooking teacher, and various other internet sources. Its sign is also only in Thai, no roman alphabet, so it’s a good thing we had their phone # so the cab could take us there.
Since we were only two people, we could only order so much. 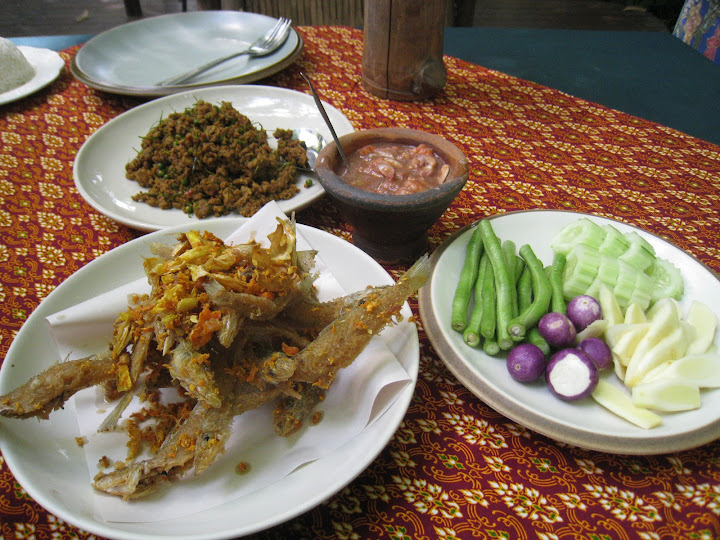 Some interesting things to note here – the turmeric in the fish is actually fresh turmeric. I hadn’t ever eaten fresh, fried turmeric bits before, only pastes. It didn’t have the earthiness of dried turmeric, and had a texture like any other fried root vegetable. Fried whole fishies are great in any culture, head, bones and all. Yum.

The veggie plate is meant to go with the shrimp paste, but had a few surprises in it. Those purple globes had an odd texture, not crisp like a radish, but a little spongy, and the inside had white almost-seeds in them…because they’re actually baby eggplants! And the ginger slices are young galangal. Which, fresh, I think tastes way better than mature galangal. Totally happy to crunch down on those guys. Not fiery like ginger, but almost fragrant instead. Cucumber and green bean are as they appear. :)

But the highlight was definitely the Kua Kling. Between the two of us, lots of rice, iced coffee, and one hour, we could only eat a third of this spicy beef dish. The thing had red chilis chopped up with the beef, slivers of kaffir lime leaf, and these especially zingy green peppercorns. Extremely, ah, flavorful.

After swallowing the first mouthful, I thought I was in decent shape. It was spicy, sure, but manageable. (More rice please). And then the true threat made itself clear as an insidious double burn started to make my eyes sting, no matter what other non-spicy things I tried to eat. I noticed the chili+peppercorn combo. Blinking to hide my watery state from the waitress, I asked for an iced coffee. As she returned with the coolant, I remembered the time my dad ordered a “crying tiger soup” at a Thai restaurant in LA. Clearly, this generation is meant to repeat the errors of the last.

The iced coffee comes with a ton of ice, meant to dilute the coffee/milk concentrate to human tolerable levels as it melts. Having failed to stop the burning with fried fish, and hold back the sniffles, I downed the concentrate in a few focused slurps.

Didn’t help at ALL.

So. If you want to test “Thai spicy” out, you know what to do.

Nothing else we ate the whole trip even came close. 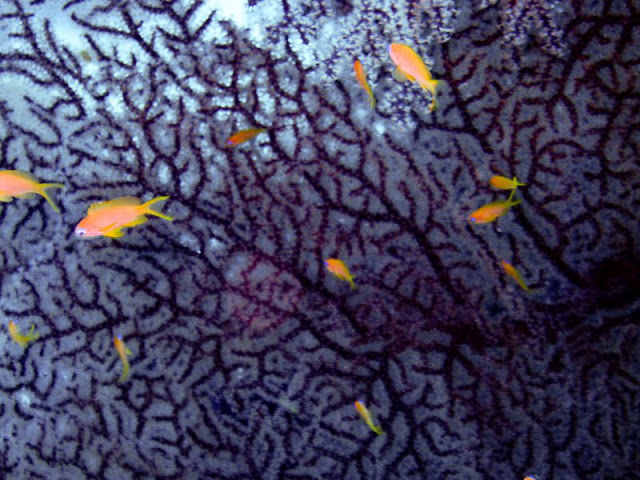 The day after Christmas, last year, I hopped on a plane to Narita, transferred to Bangkok (my most un-favorite airport), and made my circuitous way to the town of Khao Lak, on Thailand’s western coast. Located 60km north of Phuket, Khao Lak is the launching point for most scuba trips to the Similan Islands. That’s why I was there – to get on a boat for four days of nothing but diving. (And eating. And sleeping. Maybe some swimming. See schedule below). 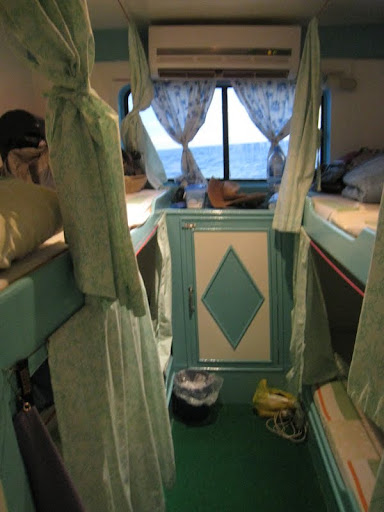 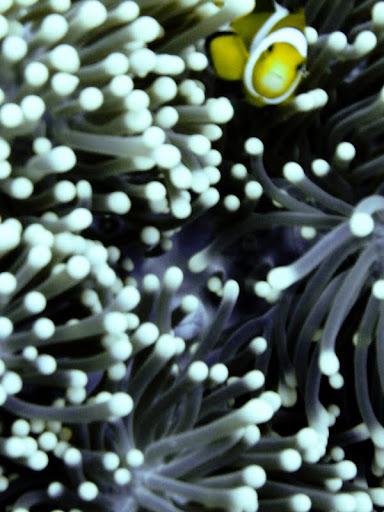 Cathy and I were paired up with a mom+daughter combo from the Inland Empire. Cathy, as I discovered in Hawaii last summer, is a GREAT dive buddy. Easy to keep track of, doesn’t swim under you and blow bubbles, takes underwater photos, doesn’t run out of air forcing you to waste good underwater time…although I’m happy to say neither of us was the limiting factor on this trip, ever.

We didn’t see anything big (though some on our boat had seen a baby whale shark last week!,) but the density, diversity, and aliveness of things was the best I’ve seen yet. In some areas, the sand was layered with dead, broken corals. Our super cool guide, Tomo, said that the 2004 tsunami combined with the following year’s rise in sea temperature, was responsible for most of that. He’s pretty convinced that he’ll be out of a job in 20 years. I hope he’s wrong, but grateful I got to enjoy them now, just in case.

We did 13 dives over 4 days. It would have been 14, but we skipped out on the last night dive after the first two were a little lackluster. Schedule was…

Oh yes also – dramamine is my new best friend. I ate semi-spicy thai food on a rocking boat for four days, and felt great. (This from someone who can puke while diving underwater.)

Would I do it again? Probably.

Would I do it as many times as Bruce, the grizzled Portlandian with his own special bunk, food, and 89 trips on the same food? Only if I manage to become independently wealthy and decide the rest of the world has nothing to offer.